This morning Riley went to a school friends house so I decided to spend some girly time with Abbey. First thing we did was make Pink cupcakes
After Jason died we received a few boxes of grocery items, one of the things we got was this muffin mix. 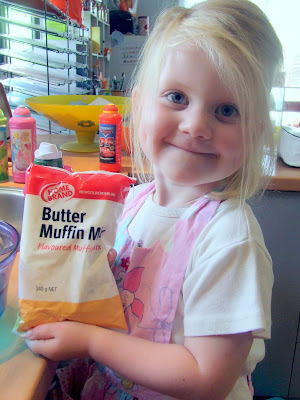 So we followed the instructions on the package and then added a little red food colouring to make the cupcakes pink! We were planning to ice them but didn't get a chance to today .. maybe tomorrow! 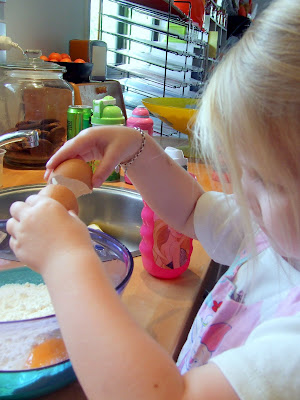 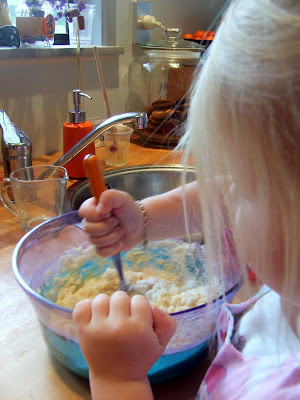 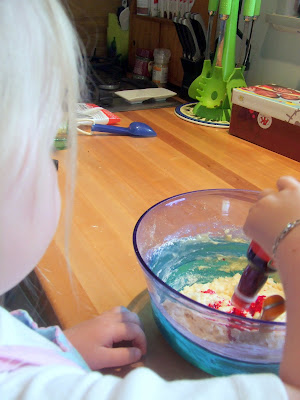 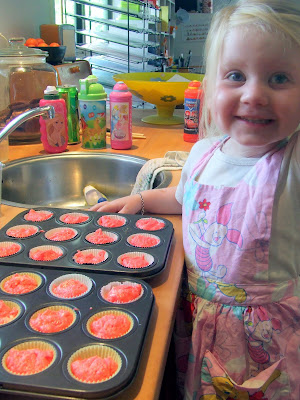 Then we set about making some hair things we got from the Warehouse, hair ties and headbands. We rummaged through Mummy's scrapbooking flowers and butterflies and heated up the hot glue gun. 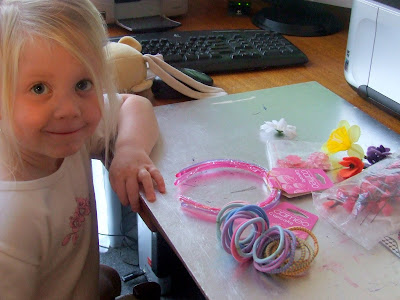 Abbey decided what went where and helped me carefully put them on. Sadly she wouldn't model them for me .. but I am hoping she might let me get some tomorrow! 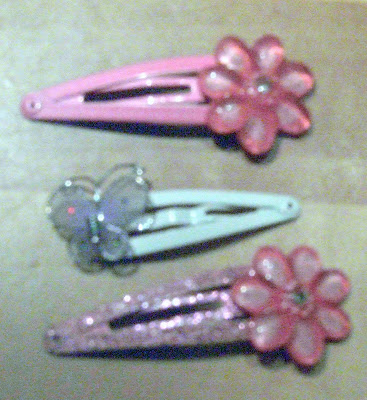 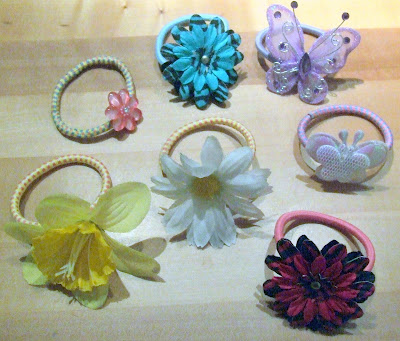 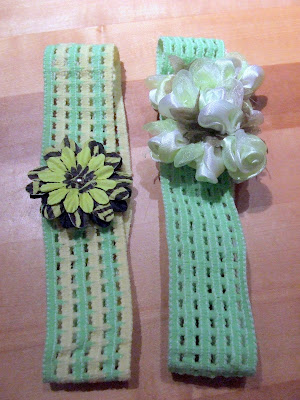 As for promising to show you what I did last night .. well I had a second thought and realised I can't really reveal them until after Saturday ....
But ...
I can show you what I made for Abbeys little doll as another kind of sneak peek! 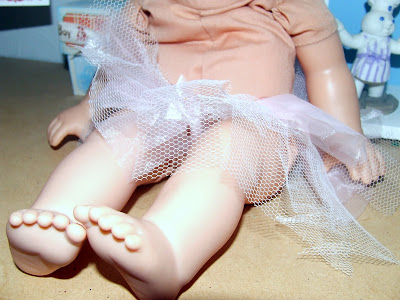 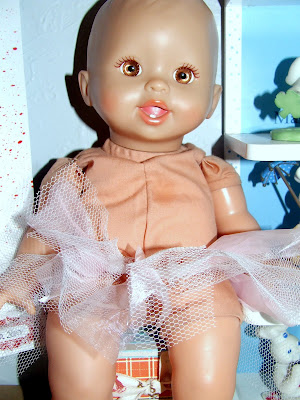 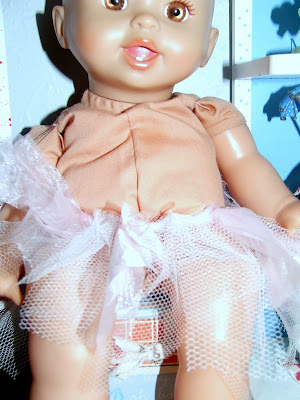 Now I found the instructions for this NO SEW! Tutu HERE I just did a teeny version for the doll.
Posted by TracyP at 10:32 PM

What a fun day with mommy. I just told my sister about your hair accessory idea, she said all she has to do now is buy a glue gun. Great idea. I know my neice would love something like this.

they look so so cute!!! and that sneek peek is cute too!!!
as for those cupcakes...true ece teacher...letting the child pour in the colouring...wahooooo (i need smaller bottles cos my guys pour in far too much!!!)