A Tribute to ANZAC Day
With their hair a little whiter, their step not quite so sure
Still they march on proudly as they did the year before.
Theirs were the hands that saved us, their courage showed the way
Their lives they laid down for us, that we may live today.

From Gallipoli's rugged hillsides, to the sands of Alamein
On rolling seas and in the skies, those memories will remain.
Of airmen and the sailors, of Lone Pine and Suvla Bay
The boys of the Dardenelles are remembered on this day.

They fought their way through jungles, their blood soaked desert sands
They still remember comrades who rest in foreign lands.
They remember the siege of old Tobruk, the mud of the Kokoda Trail
Some paying the supreme sacrifice with courage that did not fail.
To the icy land of Korea, the steamy jungles of Vietnam
And the heroic battle of Kapyong and that epic victory at Long Tan.

Fathers, sons and brothers, together they fought and died
That we may live in peace together, while at home their mothers cried.
When that final bugle calls them to cross that great divide
Those comrades will be waiting when they reach the other side. 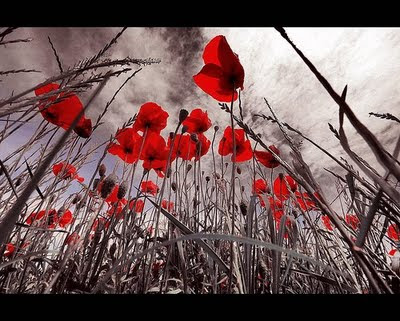 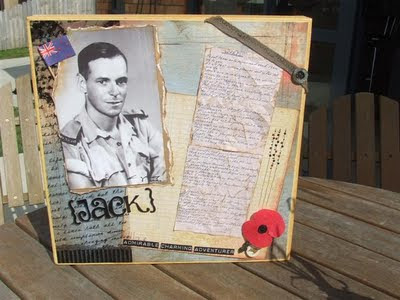 For My Grandad, Arthur John Church aka Jack

Words
"To put them on to paper and send them on to you,
Is all that circumstances will so far let me do,
Words are so inadequate when written down in ink,
They don't express one-millionth part of what I really think.
But the time will come eventually, when I am back with you
And then you'll know just what I mean, what I've tried to do

In the hell that's Egypt, I first knew what friends were
When mail came in every week they always caused a stir
Friends had not forgotten that I was overseas
They wrote me cheery letters of things they'd done and seen
It was a glimpse of home to me in Egypt's sun
To get those newsy letters with such a cheery tone

The months and years have passed since then and letters still arrive
As fast and regular as the P.O can supply
to have those friends, to know their worth, is something well worthwhile
That thought alone has helped me through many a dreary mile
When I return I'll do my best to let them know how much
It means to boys from home to get that homely touch

So friends if pen and ink have not said all I meant
Be sure the time is not far off when letters won't be sent
I will call and tell you, show you then and after
How you helped me through this hell, gave me joy and laughter
Thanks on paper don't mean much, but there's years yet to come,
When I can show you without words the wonderful job you've done." 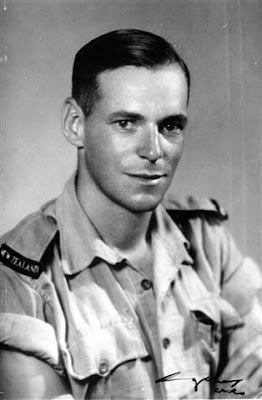